Twitter – just a modern-day town square. Or whatever you think it is. 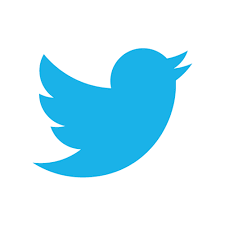 Okay – here’s a suggestion, an idea, a challenge – something that’s sure to raise the ire of some people:

There are no great secrets about Twitter – no world-changing mass movement of communication, no new age of Twitter- aquarius.

It’s just a thing we use to talk – briefly – and pop out our thoughts (and occasionally – links).

It’s not the first, or second, or third or whatever – coming of a better world – and no matter how much you may wish for the good old days of Twitter before those horrid marketing types and PR spinners found it, folks, this here ain’t no metaphorical Sunbury or Woodstock.

Instead, Twitter is being contrived, it’s being used by people to heavens forbid – network! Sell! Market! But – at the same time, Twitter is a fantastic water cooler, a wonderful way of sharing new and information and having access to useful (and if you wish), useless information.

In the year and a bit I’ve been on Twitter, I’ve been frankly stunned by the very hard line views taken by some people on their views on what Twitter ‘is’ – or worse – what Twitter ‘should be’. I’ve found the dogmatic nonsense that goes on with people who can’t stop themselves from being full of it in person often translated into 140 characters. I’ve found an incredible lack of self-reflection, and was horrified beyond words to see someone at a function I was at abused on Twitter in person for being themselves.

On the other hand – I’ve met some wonderful people who are in real life as they are on Twitter – insightful, funny, supportive, open, kind. You know the type – you meet them and they become your friends. In the space of a few short months here in Melbourne through Twitter and then actively getting out and about, I’ve been wowed by the calibre of people – you know who are you. The #parma crew. HoneyBar. Sam, Nicki, Myles, GirlBug, Lynnie, Julia, Trevor, Heath, Codenamemax, Anna, Geoff, Giorgio, Ping, plus being able to chat more frequently with my CSU friends and people I met at and through #Media140 in Canberra. I’ve been extremely fortunate and I continue to meet great people through and from Twitter.

But then, let’s step back and think – isn’t that just a reflection of life? Yes, Dorothy, there are some prats in the world – and we do our utmost to avoid them. Don’t like someone on Twitter? Unfollow! Think there’s a person needing a good chill-out? Tell them! Or – Unfollow! Ignoring someone on Twitter – especially those people, who I noted the other day in a chat with @millionofmyles, pitch themselves as social media ‘experts’. Unfollow! But then for every nuff nuff, there are the people who you meet on Twitter and then, perhaps, in person, and go ‘wow, how good is this person’?

So called ‘expertness’ is a pet peeve of mine and it comes back to my view of the world that Twitter is just an electronic old-style marketplace / town forum / water cooler. I just have in my mind’s eye a town and the centre of it is the marketplace / town square. Take a closer look and there are people talking deeply, sharing, listening, learning. There are other people – like the local politician – trying to fit in while trying to stand out while trying to fit in. And – there are people just shooting the breeze, sprouting all manner of unimportances. Finally, there are the spruikers, the sellers of wares, whatever they may be. And, generally, you hope, these groups coalesce, they interact and the level of interaction ebbs and flows.

Is Twitter any really different to that scenario; or the park in the middle of the city at a lunchtime where people meet; or the town square of today – the shopping centre?

I can’t help but observe that sometimes there’s a superciliousness to some commentary on Twitter, and I wonder if this stems from the desire to say something clever and getting it confused with an attempt at wit that turns into cynicism. Unfollow.

Perhaps it’s time we all just relaxed and instead of trying so darn hard, sat back, enjoyed the experience and being in an age where we are in the vanguard of a new tool / platform / social movement / fad of the week – and that irrespective of our views, we all took some old-fashioned advice from my late but certainly never-forgotten grandmother:

“If you’ve got nothing nice to say, don’t say anything at all”.

Substance over style will always shine through – even (especially!) in 140 characters.

PrevPreviousWhy Whateley may be right; and an Ashes Test team – four years from now
NextThe village by the riverNext 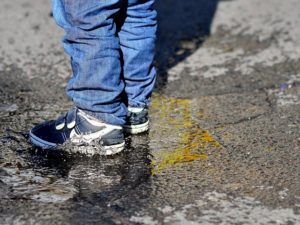 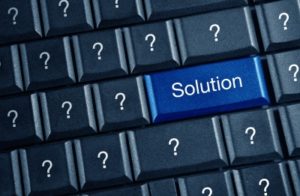