Why Dicko deserves a pat on the back 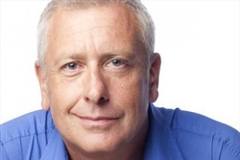 The idea of driven, at times too-ego-centric people battling it out for themselves, or in the instance of Celebrity Apprentice, charity, appeals no end. I find the interactions and calculations, missteps and brilliant ideas and qualities of some of the competitors fascinating.

Last season of Celebrity Apprentice Australia was noticeable for the Deni dummy spits. This season was cast, I thought, with a potentially more interesting mix of people – Charlotte Dawson, Marion Grasby and even (while he was on) ‘The Hoff’.

I initially thought Marion would do really well – she seemed very polished on Masterchef and with her media background and people-savvy, perhaps she’d have been expected to do better. But – out first ep.

The final, aired last night, was a good insight into the older, experienced bloke (Ian Dickson) versus Nathan (he from Amazing Race Australia, we were told). Now, I’d met Dicko once: In fact, I sat and had a chat with him in Sydney airport one day years ago when Australian Idol first aired; he was flying back from Europe, I was flying back from Canberra to New Zealand. He happily signed an autograph, had a chat, and was as laid back as I’d seen him on TV.

What I saw on TV was what I saw in person – even briefly.

Dicko wanted Celebrity Apprentice to prove himself to his, arguably, fiercest critic – himself. He reminds me of a passage of a book I read countless years ago  – ‘it is both ambition and self doubt that keep ambitious people going’.

All the way through the series he was himself; at times grumpy, at times kind, sometimes a complete prat, at other times incredibly humble. His attitude reminded me that it’s just as easy being yourself – and being aware of your foibles – then pretending to be something you are not. Certainly I’d rather see someone like Dicko ‘be’ themselves rather than strut and play for the cameras – and Dicko did that this series.

What grates me about the show is this ‘Mr Bouris’ getup talking to him. Outside in real life (however that’s defined..!) can you imagine Dicko or Ben Dark calling Mark Bouris ‘Mister’. Yes, it’s a confection for the TV show, but in Australia in 2012, this rhetoric doffing of one’s hat to someone ‘better’ than these people rankled. And Dicko – ditch the ‘sir’ stuff to Mark. It was quaint and generous of spirit the first time; by the end of the show it was almost as if you’d picked up a verbal hitchhiker.

Shows like The Apprentice can teach us much – how to stuff your personal brand (Deni); increase it (Dicko) and impress with your determination (Nathan).

Dicko, foibles and all, gets my vote, for keeping it real, and keeping himself real. The irony of that is that perhaps a reality show was actually quite a real learning experience for someone, ironically, who’s become a ‘celebrity’ through reality shows.

PrevPreviousBuilding The Armchair
Next‘D-Gen’-erating (happily) to my late teens: Podcast of the weekNext 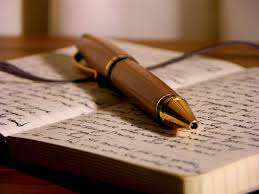