Reviewed: In the Firing Line. Diary of a Season (Ed Cowan).

Such are the mysteries of life, that sometimes you read a cricket book and put it down, never to really remember it. Others, the really good ones, make you think.

I could happily wax lyrical about this book, but then I’d rather you go and buy it, and sit, and read, and go away, as I have done, and think about the issues that Ed Cowan raises it in.

In short, Cowan’s book is a fine long-form broadsheet cricket essay over a summer. I loved Gideon Haigh’s 2002 park cricket book The Vincibles: A Suburban Cricket Odyssey – this has traces of the diary, scoring and outcomes, but it is much much more than a ‘we bowled first and they batted’ type cricketing book. Haigh’s book was more than that too, mind you, written wryly and wittily as Gideon Haigh does so well.

That said, Ed Cowan is no trainee Gideon Haigh; he has his own style and isn’t afraid of admitting in his diary when he’s furious with himself, for example.

What comes across is a bloke who cares deeply about his family, with a number of discussions over leaving his wife at home in Hobart to go on the road, and having to miss friend’s occasions (a wedding, for example). The proximity of the players and Cowan’s obvious appreciation of good mentors and a good captain in George Bailey, is evident, too.

Of course, the reason Ed Cowan is playing cricket not in his native Sydney but in Tasmania (not that he complains – far from it) is because of the fierce competition for places in the New South Wales cricket team. A poignant situation that Cowan describes (you can read it yourself…!) left me wondering ‘what if?’. This is no ‘give Dad a cricket book for the sake of giving Dad a cricket book’ kind of book.

Cowan offers some considered, and often not widely-discussed views on the state of State cricket in Australia and the role that changing the Second XI competition has had; and does not shy away from letting the reader glimpse the mental pressure of having to score runs as your profession. His observation about the longevity of players once international honours has passed you by is frank and poignant, as are his comments on the invisibility of Shield cricketers.

Australian cricket is blessed with some superb writers – the aforementioned Gideon Haigh, Peter Roebuck, The Age‘s Greg Baum, and the ABC’s Gerard Whateley to name some of my favourites. Stuart Clark in recent years, too, has been a find.

Ed Cowan’s book is the first I’ve read by a playing Shield cricketer. It is considered, open, reflective, direct. It charts a season of cricket, but it says so much more than what the statistics would tell.

If you love the game, love what it stands for, want the game at all levels to succeed, for the game itself and the values it teaches to be treasured, then get this book. Read it, enjoy it, and then once finished, put it down, knowing you’ll read it again.

I’ve never met Ed Cowan; had a couple of reply tweets from him, so I call this as I see it. I personally hope he’ll write more, and we’ll have the pleasure of his insights in papers like The Age or, one day, in the ABC Grandstand box.

Why would I say that, on the basis of one book, about one season? 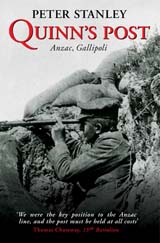